Where are we now… Here are our thoughts. 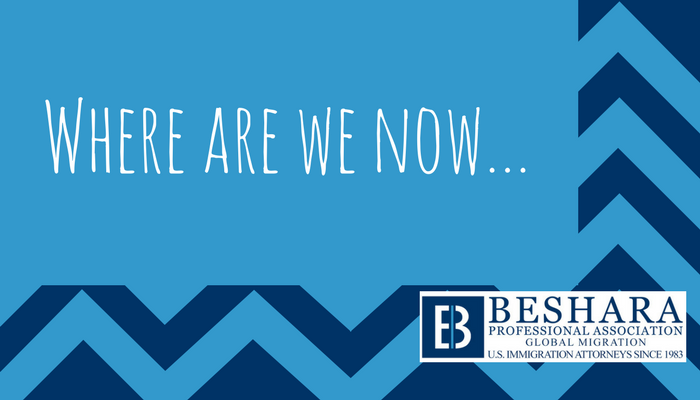 A long-awaited policy update arrived from USCIS on June 14, attempted to provide clarification to the idea of “redeployment” of EB-5 capital after an initial EB-5 loan is repaid.

Due to the long processing times of I-526 Petitions, retrogression of Chinese visa availability, and market factors, EB-5 loans may be repaid before an EB-5 investor is granted full lawful permanent residency i.e. approval of an I-829. USCIS, in 2015, stated that funds could be redeployed, but provided no further guidance on how that could be accomplished. Today, I-829s are approved after several years of processing from the filing of I-526.

Finally, we have a new policy that is still unclear.

A Policy Alert arrived today to address the “At Risk” requirement of an EB-5 investment, and redeployment was finally addressed. Now called “further deployment,” the policy on continued compliance with the “at risk” requirement:

·        The immigrant investor must have placed the required amount of capital at risk for the purpose of generating a return on the capital placed at risk;

Officers must determine whether further deployment has taken place, or will take place, within a commercially reasonable time and within the scope of the new commercial enterprise’s ongoing business. [31]

Here, USCIS addresses how the funds can be used, but still leaves open several significant questions.

How does USCIS define “similar loans to other entities”?

There is still no clarification on the words “further deploy the repaid capital into one or more similar loans to other entities” or further deployment into entities or business structure that are within the scope of the new commercial enterprise.

Do the terms of the loan have to be similar? Does the loan need to be made to a similar entity (that is, using their example, another residential development entity without the need to show job creation)?

We are looking forward to further interpretation and use of the Further Deployment in the future.

If you are interested in learning more aboutEB-5 immigration, please contact us today and our experienced EB-5 attorneys will guide you through the process.