Monday, June the 26th, will be a day that will be earmarked for infinity. 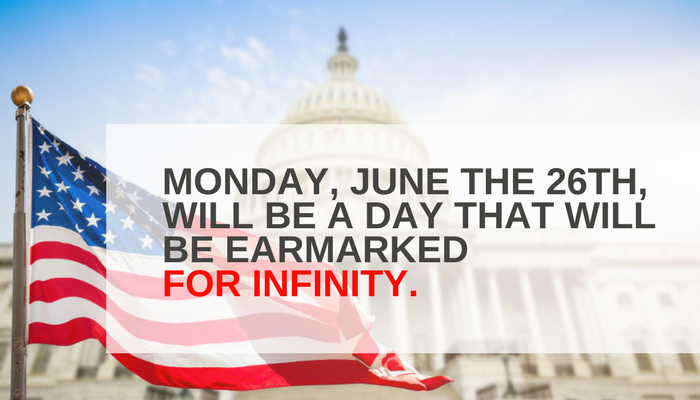 The U.S. Supreme Court Decision authorizing parts of President Trump’s Executive Order from January 2017 which is a travel ban for citizens of six countries which include, Iran, Syria, Yemen, Libya, Somalia, and Sudan. Originally Iraq was the seventh country. The ban is likely to implemented and take effect in the next 72 hours.

President Trump’s position is a ban for 90 days will allow the U.S. Administration to review and decide on how foreign nationals from these countries can be substantially vetted as to their background affiliations to protect the U.S. National Security.

The reality is that the ban covers all citizens of these countries who religious beliefs may be Christian, Jewish, or Islamic.

However, certain citizens of the six banned countries will still be able to enter the U.S. during the 90-day ban if these citizens have a “credible claim of a bona fide relationship with a person or entity in the U.S.”. As an example, the citizen may be a student accepted to a U.S. university or an employee who accepted a job with a U.S. Company.

In October, the U.S. Supreme Court will hear oral arguments in respect to the President’s Executive Order.

The U.S. Department of Homeland Security (DHS) during the next 72 hours will decide on how the partial order will be implemented.

Hopefully, in our opinion, the DHS will immediately clarify the accepted exemption of a bona fide relationship and the process of implementation at U.S. Consulates and U.S. Customs and Border Protection (USCBP) at the time of entry, mainly at airports.

One question our law firm has is “How does the travel ban that is authorized today, by the Supreme Court Decision, affect those citizens of these six countries that are already present in the U.S.?” In our opinion, it is hoped that the U.S. Consulates and USCBP treat all the foreign nationals with dignity and respect.

We believe that President Trump is not prejudiced against citizens of those countries but only wishes to implement a substantial vetting and fair process of scrutinizing the background of the citizens before any type of entry or presence in the U.S. to protect U.S. National Security.

If you are interested in learning more about EB-5 immigration, please contact us today and our experienced EB-5 attorneys will guide you through the process.